The world seems to be heading towards a new era – AC & BC – yes, after corona and before corona. There is change, uncertainty and crisis everywhere. Loss of dear ones, sickness, suffering, unemployment, financial struggles, long wait for admissions, placements, marriage, and the like. Can we face this depressing time with cheer? Can we turn crisis into opportunities? Looking into the lives of three young men will teach us how to turn our crisis to crowns.

JOSEPH: FROM PRISON TO PALACE

Joseph – lonely and troubled in a foreign land; stripped off from family; devoid of privileges as dad’s favourite son, drinking the bitter cup of betrayal by his own brothers. To make things worse, he was tempted to sin, day after day when he was barely 20 years old (Genesis 39:6-23). That enticement promised him many rewards Potiphar’s house. No one would know if he said “yes” to sin. He stood ground, as he was aware of the presence of God, before whose eyes, everything lies “naked and exposed” (Heb. 4:13).

The true test of our character is what we are when no one watches us. D.L. Moody said, “Character is what you are in the dark”. We are often focused on the outward appearance, that we neglect the more important issues of the heart. We can put the best mask in the church or on the zoom platform, but who we are when there are no familiar faces around us is the true test of our spirituality. When there was no Bible, no spiritual counsel, no family or fellowship, Joseph feared God and asked, “How then can I do this great wickedness and sin against God?” (Gen.39:9b).

What are we doing when no one is watching us? What is transpiring behind the locked doors today? What do we watch on our phones in the wee hours of the night? Many have fallen prey to the evil of pornography and other addictions. Are we mindful that even when the lights are shut off, God is watching us? The psalmist cries, “You have set our iniquities before you, our secret sins in the light of your presence” (Psa. 90:8).

Joseph could have easily sinned and got a desirable promotion. An easy shortcut to rise out of a crisis in a distant land. But he chose the right path though it was a path of suffering. He overcame temptation by fleeing from it. He did not laze around or entertain it. He ran away.

We ought to flee from youthful lusts (2 Tim.2:22). Joseph faced severe consequences because of his decision to flee from sin. But God sent due reward in due time and raised him up – from the prison to the palace.

Joseph may have lost his coat (the outer covering) but he kept his character (the inner purity). He believed firmly that God can turn all things for good. We see the sum of his life’s testimony in Genesis 50:20. I believe it is the Old Testament version of Romans 8:28 – “As for you, you meant evil against me, but God meant it for good, to bring it about that many people should be kept alive, as they are today.”

DAVID: KEEPER OF SHEEP TO THE KING OF ISRAEL

David, a teenager faced the invincible Goliath. No one dared to stand against the giant, pushing the Israelites into a deep crisis. David ventured to kill him with a sling and a stone.

He turned the challenge into an opportunity to manifest that God is greater than all the giants in life. He had trusted and tasted God in His personal private life. He had killed a bear and a lion in the pastures while tending sheep. He could publicly and boldly testify God in crisis because he relied on Him in his secret life.

It was not that David never failed in his life. There were giants he could not overcome. In 2 Samuel 11, we see his sins lined up – adultery, murder, treachery, lie, and hypocrisy. But when Nathan confronted him, he broke down with a contrite spirit (Psalm 51). He did not try to conceal his sins. He confessed and God graciously forgave him. Though he failed, his walk with the Lord was restored. Are we conscious of the sins in our life? Do we have the willingness to confess them, or do we continue in it? Are we open for correction? “Whoever conceals his sins will not prosper, but he who confesses and forsakes them will obtain mercy” (Pro.28:13). God looks at honesty, not perfection. His integrity took David from crisis to crowning glory – from the meadows to the throne of Israel. In the end, God certified David as “a man after God’s own heart”.

DANIEL: EXILED TO BE EXALTED

Daniel, a smart young man taken captive to a god-less nation. He faced fiery tests of faith in a land where the King’s edict, no one could overrule. He had an attitude of ‘no compromise’ on his faith and obedience to the laws of God. Daniel was determined that he would not defile himself with the king’s food, as per the Mosaic law (Daniel 1:8). It was his vow of separation.

Real separation should commence in the heart and result in decisions and actions. Have we ever pledged not to defile ourselves with the blemish of the world? Outwardly, we might look exceptionally fine. But what about our heart? What about our attitude of pride, greed, jealousy, anger, malice, and the like? Have we taken a radical approach in dealing with sin?

Are we willing to pay the cost for a holy, blameless life? It is easy to put on a face of godliness, while the inside is rotten and full of filth. This is a danger permeating our churches today. Hypocrisy is a sin that Jesus condemned in strong language. It is an outward appearance tagged as a sign of “separation” with hearts that are unholy. Daniel decided inhis heart that he will be pure in and out.

Holiness in our speech, thoughts and actions is what we should exemplify as young women.

Jesus denotes in Matthew 15:17-20 that the true mark of separation is what comes outside of our mouth. “But the things that come out of a person’s mouth come from the heart, and these defile them. For out of the heart come evil thoughts—murder, adultery, sexual immorality, theft, false testimony, slander”.

Daniel abstained from eating food offered to idols. There are many idols in our life that needs to be thrown away. If there anyone or anything we love more than God Himself?

They need to be identified and corrected.

Daniel continued to live a holy life and never failed to pray and seek God’s voice all the days of his life. He was in exile, but God him to a seat of honour, next to the King. “Therefore, humble yourselves under the mighty hand of God, that He may exalt you in due time,” (1 Peter 5:6).

Joseph, David, and Daniel walked the road of adversity in their youth. Life for them, was not a bed of roses but one of many thorns. What kept them going through rugged paths and valleys low? It was their wholehearted trust in the living God. This trust enabled them to overcome sin and suffering and to be victorious.

Dear sisters, in every crisis, let us run to God. Be honest and faithful to Him. Be aware of his abiding presence. Do not compromise with the world. Shout “no” to sin and be conquerors.

There awaits you a crown, at the end of the road. 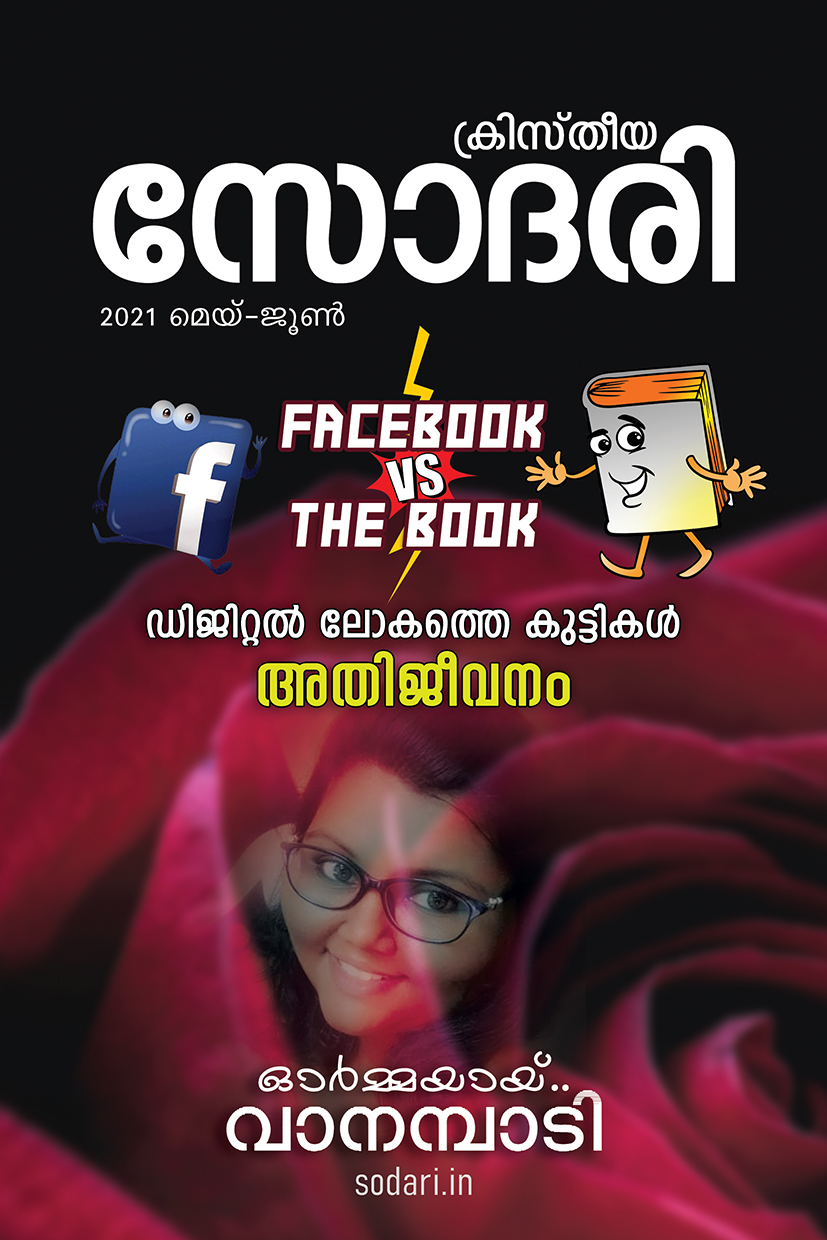 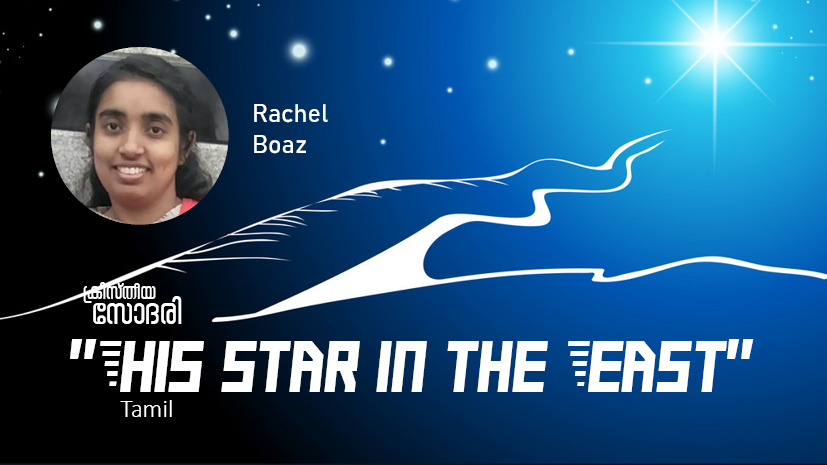 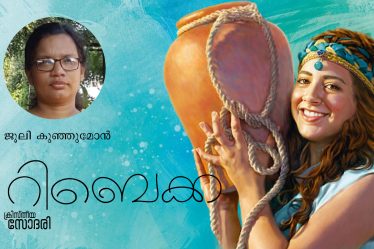 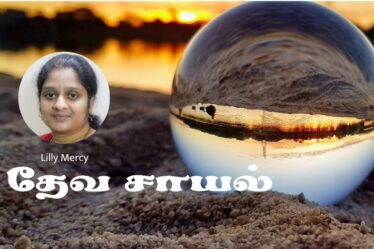